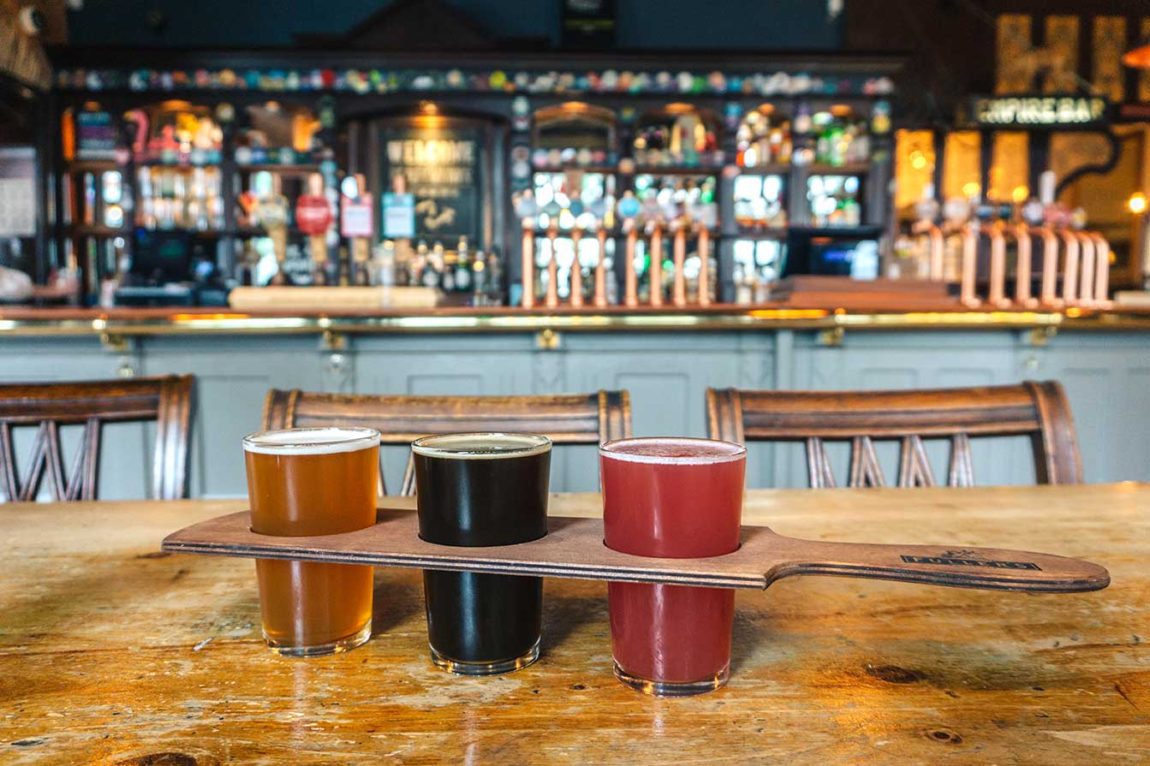 Chiswick is a classic and cosmopolitan west London neighbourhood, an affluent and arty mix of upscale shops, bars and restaurants combined with historic homes and glorious green spaces. Chiswick is the perfect place for a pint or cheeky cocktail with Chiswick High Road and the surrounding side streets home to some of the best pubs in west London. With the famous Fullers Brewery also nearby, you’ll almost be tasting the beer at the source.

Spoilt for choice, these are the best Chiswick pubs and bars in West London (cheers!)

Best pubs and bars in Chiswick

The Old Pack Horse is a Fullers pub that has old-time, traditional interiors, a fine line in craft beers on tap (with paddle tastings too) but most importantly, some of the best Thai food in London. The beer taps change here quite often and it isn’t just restricted to Fuller’s beers so there is plenty of craft choice.

We aren’t sure why so many west London pubs serve Thai food (the same is true of Hammersmith pubs too) but we embrace it. At the Old Pack Horse, just across from Turnham Green, you can eat your Thai food in the main bar (closer to the beer – common sense innit!) or take a seat in the Thai restaurant area in the rear.

Tip – try the jungle curry at The Old Pack Horse, you will not be disappointed.

What is better than a Chiswick pub? How about a pub with a theatre!?

The Tabard pub in Chiswick is nice enough in itself, but the fact you can have a pint in the pub or little beer garden before catching a play or comedy performance is pretty unique.

Located on the first floor of the The Tabard pub, the Tabard Theatre has been packing them in for years (well, it is a tiny theatre  – just 96 seats) showcasing local talent as well as professional productions. The Tabard Theatre also benefits from many famous comedians who live in Chiswick trying out their material for a fraction of the usual price you’d pay in the West End or larger theatres – for instance both Al Green Pub Landlord and Dara O Briain have hosted such shows.

Back to the Tabard pub itself, the beer garden is usually adorned with bunting and has a bright beach hut type bar outdoor bar open in the summer months.

There are not one but two ‘Packhorse’ related pubs on Chiswick High Road and this one, The Packhorse and Talbot’ is renowned for its outdoor space. Some form of pub has been on this spot in various guises since the 17th century although you wouldn’t really be able to tell now.

One of Chiswick’s largest and most popular pubs (a Greene King Brewery bar), we particularly like the Packhorse and Talbot pub due to its massive beer garden with huge TV screens, so it is perfect for an alfresco ale with some sport (we’ve been here for World Cup games in the past and the atmosphere in the courtyard has been incredible). It is definitely one of the best bars in Chiswick to watch live sports.

4. The Duke of Sussex

Chandeliers come as standard in Chiswick pubs (ish) and The Duke of Sussex is no different.

A little away from the hustle and bustle of Chiswick High Road, Chiswick’s Duke of Sussex pub is a rather grand Victorian backstreet bar and boozer, oozing character (and lots of families) as well as craft beers on tap and a huge choice of gins and spirits.

The Duke of Sussex interiors are really something and really well lit and bright, due to the massive skylight dome. Look up – it really is a thing of beauty with gilded decorations and wouldn’t look out of place in a stately home.

Famous for its food menu (classic British and European fare with a Spanish influence), The Duke of Sussex is a popular pub with a real sense of community that has been around for years and knows what it takes to be one of the best pubs in Chiswick. The beer garden outside also acts as a nice overspill when the inside is crowded with happy diners.

Possibly the smallest pub on this list but with bags of character, The Swan Chiswick is an adorable art deco bar and whilst it may not have bags of room inside, makes up for it with one of the best beer gardens in Chiswick, if not west London. The green tiled exteriors give way to comfy red leather sofas and fireplaces inside – all you want in a neighbourhood pub and bar.

We haven’t eaten at The Swan yet but enjoyed a cold pint outside, with board games and activities available in the bar – it is also dog friendly which is nice to see in the summer months with various pups playing in the beer garden.

The Swan’s menu offers sublime Sunday roasts and a Mediterranean / antipasti inspired menu during the week.

By George, this is a ‘Royally’ good Fullers pub in Chiswick known for its comedy evenings, courtyard garden and beautifully tiled entrance and etched windows.

As well as alfresco drinking and live sports, The George IV’s outdoor terrace has also been known to host a variety of live performances including Fuller’s touring Shakespeare performances (‘King Beer maybe or ‘Cym-beer-line?).

Full of ‘London Pride’ (literally, this is one of Fuller’s most popular ales), the George IV is a perfect for a pint and pie.

Another under the radar Chiswick High Road pub that mainly only locals go to, the Roebuck is our go to place for Sunday roasts. Always popular, particularly with families and students (due to the cheap lunch deals).

The Roebuck has a nice courtyard garden out back which is dreamy in summer months and transforms into an Alpine Lodge The Moose Hut during the winter; it is hard to believe you are are next door to busy Chiswick High Road.

The bar interior itself is nice and the tables by the front of the bar interior have sweet views overlooking the High Road with a few seats outside too – The Roebuck is recommended and a good gastropub.

Looking for things to do in Chiswick on a Sunday? If so, head to The Lamb in Chiswick (near Turnham Green) for a Sunday roast in the pretty beer garden out front, often bedecked with hanging baskets (we usually drink outside here as we find the Lamb interior a little dark).

Weirdly, they don’t do a Lamb Sunday roast (the marketing potential eh) but do offer a wide ranging menu, with the usual pub dishes (plus nourish bowls and bottomless brunches).

Situated at the Turnham Green end of Chiswick High Road, the view from the Lamb’s beer garden is a nice way to watch the world go by – you might even spot one of Chiswick’s celebs or famous residents.

You had us at the £1 oysters and self pour wine dispensers. The newest Chiswick pub on this list, Betty Chiswick is hidden away behind the Lamb pub on Barley Mow passage and has a whole host of weekly offers to keep drinkers and diners coming back. From £10 ribs on Mondays and daily cocktail and champagne happy happy hours (how Chiswick!).

Established in the 1830s and now managed by the same team as the nearby Lamb pub (also on Chiswick High Road), this is a cosy pub that is popular for its events like a weekly quiz, food specials (e.g. burger Wednesdays where a pint and burger is less than £15) and live music.

OK, so this isn’t strictly a Chiswick pub but a fun way to end our best Chiswick pubs and bars Chiswick guide.

We’ve visited the historic Fuller’s Brewery a few times including a tour of the brewery that ended in a 30 minute free pour and also a beer festival, plus the occasional beer at their onsite pub, the Mawson Arms – this 17th century site is the real deal and you can smell the hops and brewing processes as you draw close.

Alas, both the Mawsons Arms and Fullers Brewery Tours are now closed but you can still sample Fullers beers or fill growlers at the Fullers Brewery shop in Chiswick. This is a beer lover’s wet dream and also really close to the riverside Hammersmith pubs, meaning you can combine this with a River Thames stroll and pub session – one of the nicer alfresco activities in Chiswick.

Like nearby Fulham Palace, Fuller’s Brewery is also renowned for its wonderful wisteria display every spring, reputedly one of the first sites in Europe to introduce wisteria from the Americas. 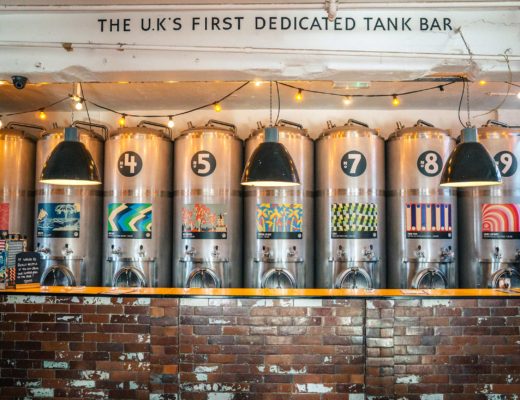 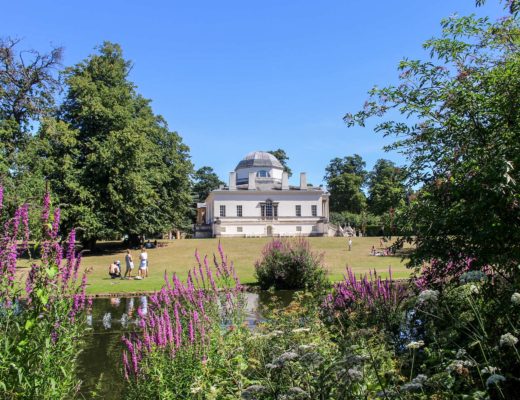 15 epic things to do in Chiswick, west London 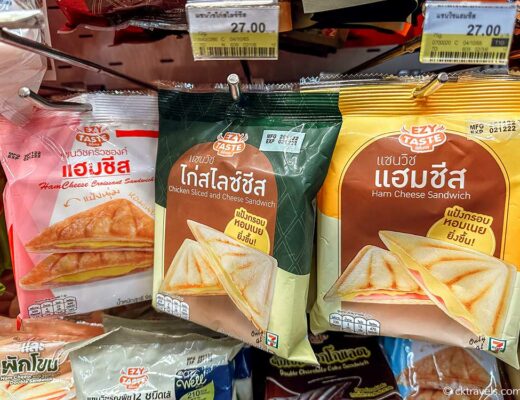 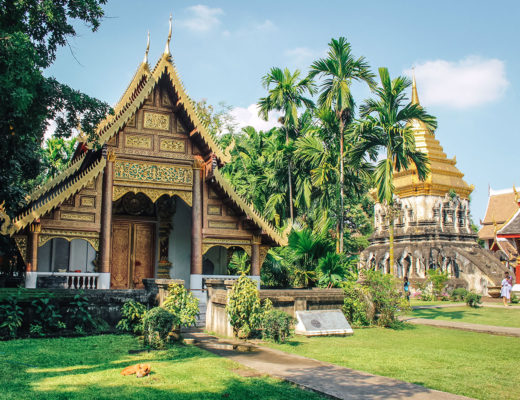