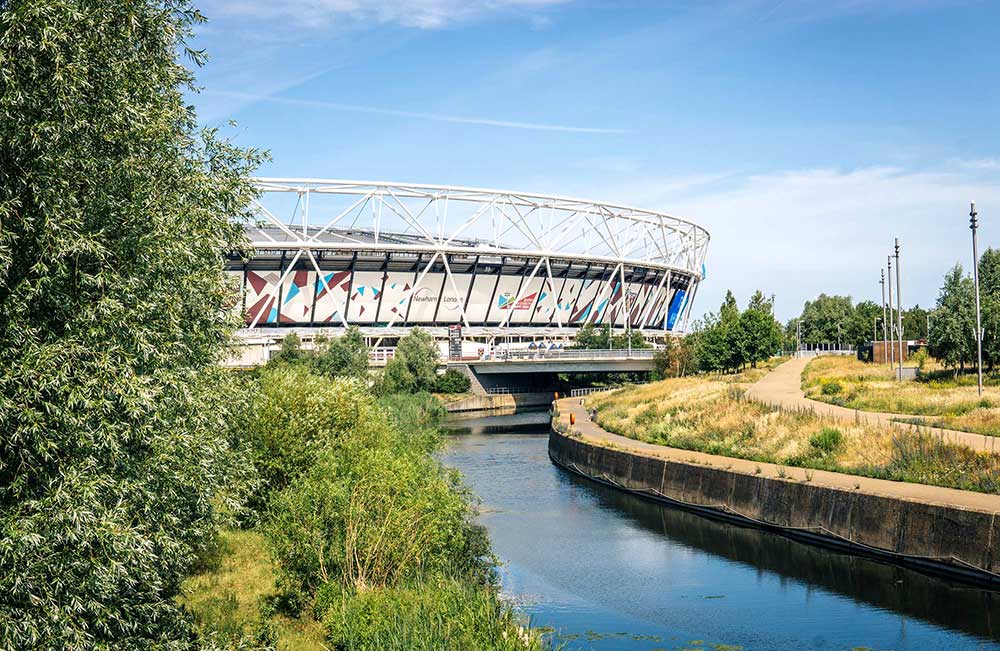 Queen Elizabeth Olympic Park in London – things to do

Undergoing an incredible transformation over the years, from an industrial wasteland to world class Olympic stadium and now one of London’s best parks to explore, the Queen Elizabeth Olympic Park in Stratford is a lasting legacy to the success of the 2012 London Olympic games and how such a site can be reimagined for all to enjoy.

Whilst some other Olympic parks around the world have been effectively forgotten about and left to fall into disarray, Queen Elizabeth Olympic Park is a perfect example of how regeneration and transformation can work across a huge 560 acre site. With a marvellous mix of arts, attractions and residential / retail space surrounded by acres of nature and wildlife, discover why Queen Elizabeth Olympic Park is one of East London’s best places to explore:

How to get to the Olympic Park in London

Getting to the Olympic Park is super easy by public transport and there are train, tube and bus stops at Stratford, Stratford International, Hackney Wick, Pudding Mill and Leyton stations. Use the Citymapper website or download the app to your phone to plan the best route to reach here.

The former Olympic Stadium in London has now been repurposed (and renamed to the London Stadium) to become one of the city’s largest concert and sporting venues (80,000 capacity), as well as West Ham United’s football ground. The best way to enjoy it is either visit on a match day (the UK Premier League season usually runs August to the following May each year) or join one of the stadium tours (£19 per person, £17 if booked in advance).

If you’re after a suitable soccer souvenir (football innit), there is also a West Ham club shop selling all manner of merchandise open all year round.

Acting as an Olympic Park signpost for all to see from miles around, the iconic ArcelorMittal Orbit – the UK’s tallest sculpture (bright red so you can’t miss it) was designed for the London Olympics by Anish Kapoor and Cecil Balmond. Sitting 115 metres tall and offering incredible panoramic views of the city of London and Olympic Park, you can also walk down the 455 steps immersed in a collection of ‘London sounds’ (we’re wondering if this is just episodes of Eastenders on loop?) or you can take a more adventurous descent, either abseiling off the side or taking The ‘Slide’ down, the world’s tallest and longest tunnel slide with 12 loops.

Splish splash, I was taking a bath – how about taking the plunge in an Olympic Swimming pool? Since the London Olympics, The London Aquatics Centre has been opened up to members of the public (after some modifications), with two 50 metre indoor swimming pools and a 25 metre diving pool available to use. During the London Olympic games, the swimming pool had a capacity of 17,500 but now, you’ll likely see less than 100 people if you take a swim on a quiet day.

Affectionately known as the ‘Pringle’ (given its shape looks a potato chip), the indoor velodrome site and outdoor cycling track used for all the Olympic cycling can still be accessed. There is a fee if you want to use the outdoor track on your bike, but if you are just curious and want to have a look inside, you can pop your head in and looked at the curve cycle track as well as enjoy their cafe.

Despite being surrounded by huge concrete structures, skyscrapers and shopping centres, there is a lot of nature to enjoy in Queen Elizabeth Olympic Park – this is likely why it has proved to be so popular with families, joggers, cyclists and day trippers. With almost 7km of river walks and 23 hectares of wildflower meadows, you’ll likely see lots of wonderful wildlife and plants here.

If you’d rather explore Olympic Park on water as opposed to by foot, there are daily boat tours lasting 45 minutes that take you up and down the River Lea and Stort (departing just adjacent to the London Aquatics Centre). Or if you fancy something a little more surreal but serene, you can also hire swan pedalos (we’re presuming they are owned by the Queen, like the real swans).

In addition, public walks are also offered by volunteers during the summer, lasting 90 minutes and detailing the construction of the site through to the continual transformation today.

Art in the Park

Olympic Park proudly presents ‘Art in the Park’, a series of 28 installations, artworks and exhibits dotted around the entire site – whilst some are large and looming, others are a little more subtle and easy to miss (especially the Olympic tree rings high up, produced by Ackroyd and Harvey).

One of our favourite pieces of Art in the Park (other than the Arcelormittal Orbit, obviously) is the Spiegelei Junior silver ball by Jem Finer, as it sits atop a hill overlooking the Pringle / velodrome creating some rather distorted reflections – if you dare, put your head inside to see the Olympic Park upside down.

We’ll keep this brief as we know retail therapy and a day of shopping isn’t for everyone – one of Europe’s largest shopping centres (250 stores and counting), Westfield Stratford also boasts a lot of outdoor bars and restaurants as well as a cinema and several food courts so this might be a suitable place for respite after a day of walking around Queen Elizabeth Olympic Park.

Just on the environs of the Queen Elizabeth Olympic Park, towards Hackney Wick, Here East is was originally a cultural campus constructed in time for the Olympic Games that is now home to lots of tech companies, broadcasters (BT Sport) and several restaurants and bars / boozers, overlooking the canal and offering alfresco drinking and dining. Our favourites include Breakfast Club (particularly their Mexican Benedict breakfast dish), Randy’s Wings (American style chicken wings – dirty as, in a good way) and craft beers from the retro arcade bar that is Four Quarters.

A 4 mile cycling and walking path running from Queen Elizabeth Olympic Park to Beckton, this is a flat, shared pathway that lets you escape the modernity of the Olympic site, with historic buildings along the way such as the Abbey Mills Pump House (a Victorian gem). Gandhi was also said to have walked this route daily when he stayed in London in the 1930s.

The views on The Greenway towards this city are really stunning, including vistas of Canary Wharf, Docklands and the Shard – just remember to watch out for cyclists if you are walking and decide to stop to take pictures. Read about the Greenway in our Cycling routes in London – the best scenic rides blog here >

London’s foremost alfresco art trail also starts in Queen Elizabeth Olympic Park, at the base of the Anish Kapoor’s ArcelorMittal Orbit and Carsten Höller – The Slide, 2016. The Line Sculpture Trail covers 5 miles / 8km and takes in between 15 to 20 exhibits ; some permanent with others changing every year. The route finishes at the Greenwich Peninsula via a ride on the Emirates Air Line – read our full guide to completing the London Line Sculpture trail >

The East Village is a new housing estate complex that continues to transform the Olympic site, with many residential skyscrapers and apartments still being built – we are sure the site will look very different again in several years time. For the time-being, it is a nice place to walk around tree-lined avenues, enjoy the various sculptures and artworks, plus indulge in dining and drinks at the various bars and restaurants in the East Village including Mother Kelly’s (a craft beer joint), Fish House and Santi. The whole area has a nice vibe and feels quite vibrant and verdant, like you could be in Europe somewhere and far, far away from East London.

You literally can’t miss View Tube – its bright yellow outdoor walls can be seen from miles around – a mixed use space comprising a cafe, bike hire and temporary exhibitions, there is also a small farmer’s market held here every Wednesday.

The new East Bank cultural quarter is currently in development (lots of building work including a new V&A site) and promises to be a powerhouse for creativity, innovation and learning in East London, including collaborations and new centres from such luminaries as Sadler’s Wells, UCL, the BBC and the Smithsonian Institute. With plans to rival the likes of South Bank and the Knowledge Quarter in King’s Cross, this is certainly a new East London enterprise to watch and engage with over the next few years.

Nearby Olympic Park / Other Things to Do

There are lots of other enjoyable walks in this area along the River Lea and in nearby Hackney Marshes. A little further along the canal (or a short bus ride away), you’ll come across Victoria Park, one of London’s largest and most beautiful parks, complete with a boating lake and Chinese pagoda. We’d also suggest the Sunday food and farmer’s market in Victoria Park if your trip to Olympic Park coincides with this. 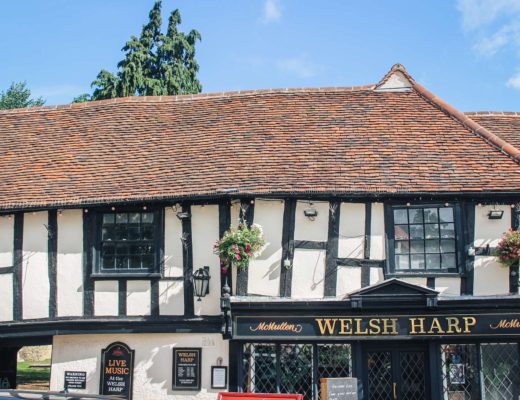 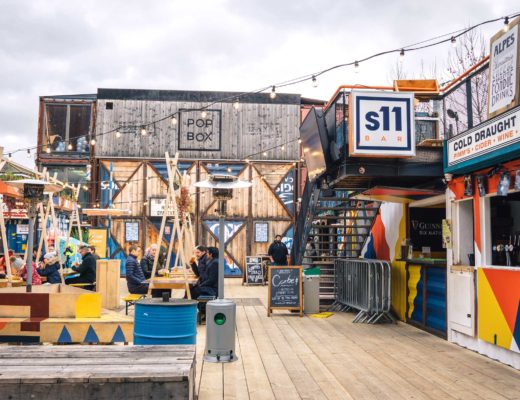 15 epic things to do in Brixton, London – by a local 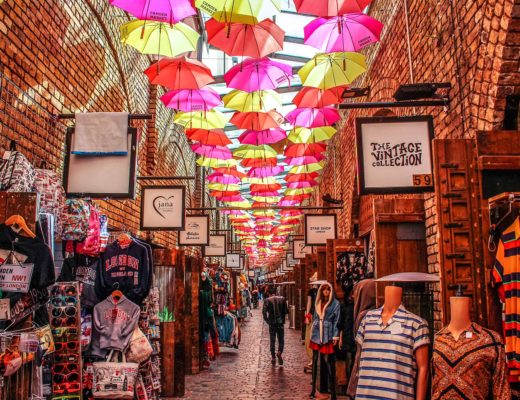 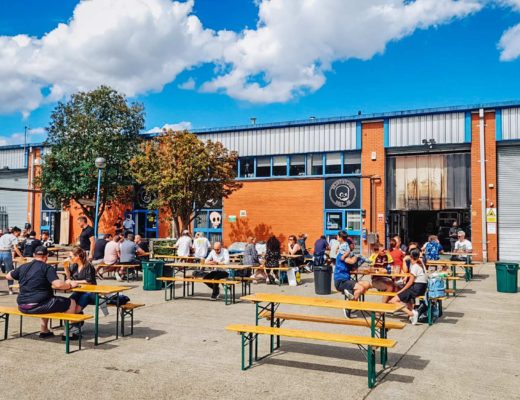