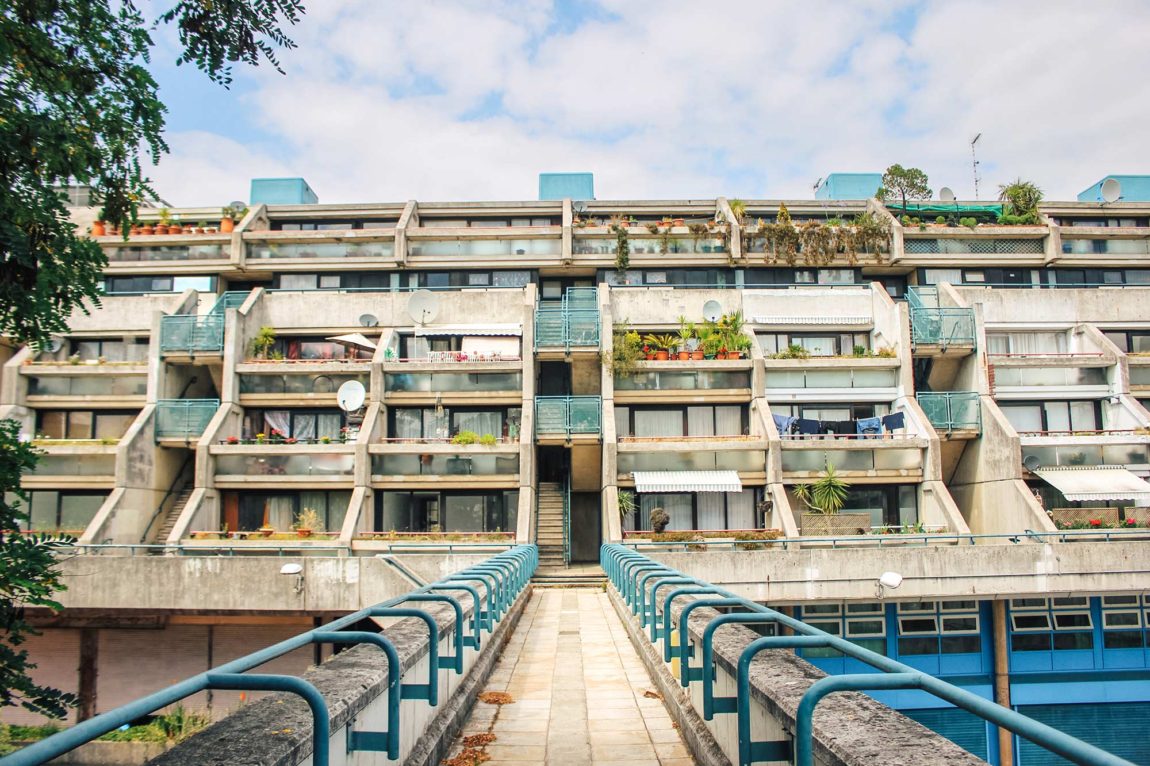 ‘Brutalist London’ sounds quite a harsh statement but London is actually blessed with a lot of surviving brutalist architecture (although much of it is disappearing rapidly through redevelopment, such as is the case in Thamesmead).

Brutalist Architecture first came about in the 1950s, emerging from the earlier modernist movement at the turn of the century – brutalist buildings (of which there are many in London) are characterised by their geometric and often symmetrical shapes (we LOVE a bit of symmetry!) and concrete block aesthetics.

For many people, brutalist architecture is very ‘Marmite’ – they either love it or loathe it (very brutal eh). Personally, our verdict on Brutalist Architecture in and around London is still undecided – when it works such as with the Barbican Centre, it can be a joy to explore but sometimes, certain brutalist estates just feel quite bland and ill conceived concrete carbuncles (we’re talking about you, Thamesmead!)

To note we visited all of these Brutalist London sights between March and July 2020 and all had frontages that were accessible.

For us, the ‘best’ Brutalist architecture in London (just pipping the Barbican to the post) has to be Alexandra and Ainsworth Estate in the London borough of Camden – it is such a surreal place to walk around, that it feels like no other housing estate in London (it also feels a little more enclosed and claustrophobic than the Barbican estate).

Comprising over 500 apartments in two low rise parallel sections, it was completed in the late 1970s and was designed to be a self contained estate with a school, youth centre, park and shops all on the same estate (although all the shops were boarded up when we visited).

Perhaps best known to visitors from outside of London for the Barbican Centre and nearby Museum of London, the Barbican Estate itself comprises over 2,000 flats and homes and is Grade II listed. The area was devastated by bombing during WWII and the replacement residential buildings that make up the Barbican Estate were completed by the early 1970s.

The Barbican Estate can be accessed by members of the public although some sections are out of bounds to non residents. There is said to be high demand and a huge waiting list to live here, as the location is so central.

The Barbican Estate is located in the City of London Square Mile and we’d recommend you arrive via Barbican Tube station. Take the stairs upstairs from the station to the gantry that goes directly onto the estate, mooch around and then finish at the Barbican Centre station, which has brutalist architecture symmetrical ponds and a great place to get a drink or catch a show.

The Barbican Estate’s nearest station is Barbican (easy to remember!)

We first came across Thamesmead as a place of interest to us, after watching Stanley Kubrick’s film version of Anthony Burgess’ controversial novel, A Clockwork Orange. We were in awe of the 70s filming locations, so different and like no other London location we’d seen before on celluloid. After a bit of research, we found out that A Clockwork Orange had filming locations all over London including the subway at Wandsworth, another Brutalist building in Uxbridge but a lot was filmed in the then new (ish) housing estate of Thamesmead.

Mainly consisting of social housing built in the 1960s to alleviate lack of housing in other parts of London, Thamesmead was designed to be a self contained town centred around a system of waterways (concrete canals) and a central lake. Thamesmead as a whole is an ‘interesting’ place to visit, although it did feel eerily quiet when we visited one midweek morning in the summer.

Thamesmead has big plans for redevelopment over the next few years and as such, many of the original 1960s brutalist buildings mayb become unrecognisable so now is the time to go Thamesmead to see its brutalist architecture (just don’t stay too long).

Thamesmead’s nearest station is Abbey Wood mainline station – there is no Tube station nearby.

The Brunswick Centre is a brutalist beauty in Bloomsbury that stands out like a sore thumb compared to all the other buildings in the area (but in a good way). Just down the road from the iconic British Library Building and near to Kings Cross, The Brunswick Centre is primarily a residential estate with several retail spaces and shops located beneath it – brutalist architecture has never been so practical!

Completed in 1972, this tiered concrete complex consists of over 550 apartments, a Curzon cinema and even a flipping Waitrose supermarket (not so brutal now, eh).

So we haven’t actually seen this mentioned on any other Brutalist London lists as such and we discovered quite by accident whilst exploring for our Highgate blog, but Lulot Gardens was designed by Peter Tabori and it seems he was VERY inspired by the Alexandra and Ainsworth Estate – they are so similar and this just feels like a dainty version of it.

Designed in the 1970s and just a stone’s throw from all the delights of Highgate Village and Waterlow Park, Lulot Gardens is a mix of private and council housing. Given the smaller scale, we wouldn’t say this is worth a special journey in itself but it’s fine to combine it with a day trip to Highgate.

A little bit of brutalist architecture on London’s south bank along the river Thames, the Hayward Gallery sits atop the rear of the Southbank Centre and hosts an eclectic exhibition line-up

Opened in the late 1960s as an addition to the existing Southbank Centre, the whole area is a brutalist art space with various connecting concrete walkways and catacombs e.g. you can walk from the Hayward Gallery to the Southbank Market directly via a series of interconnecting landings and stairs. The Hayward Gallery building itself is best viewed from the adjoining Waterloo Bridge.

Brutalism from the 70s, Trellick Tower is another Grade II listing skyscraper that was built to try and help with London’s then housing crisis (31 residential floors with over 200 flats).

Troubled with anti-social behaviour over the years due to its unique layout with lots of hiding locations, it has since become highly desirable and one of London’s most sought after centrally located skyscrapers to live in. It is also said that Trellick Tower was the inspiration behind J G Ballard’s 1975 novel High Rise, which was recently turned into a movie starring Tom Hiddleston.

Did you enjoy our Brutalist Architecture London blog post? Let us know in the comments or by sharing the blog on social media. Follow us on Instagramand YouTube! 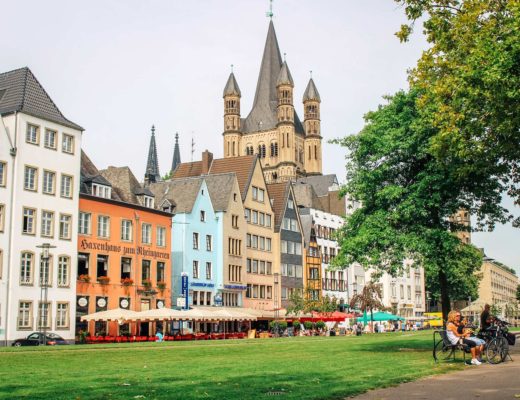 Things to do in Cologne / Köln, Germany 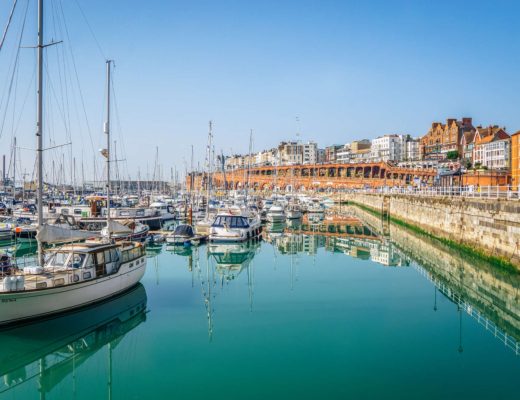 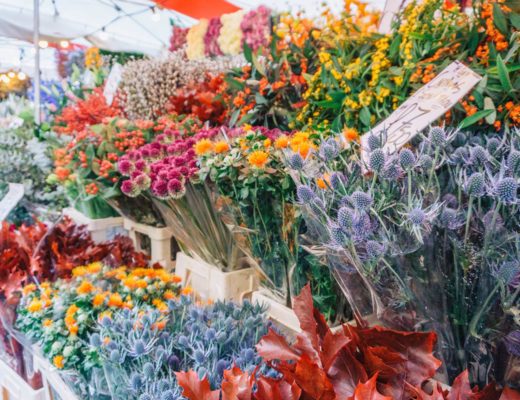 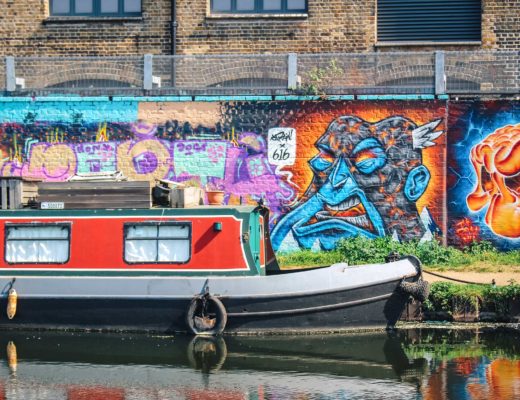 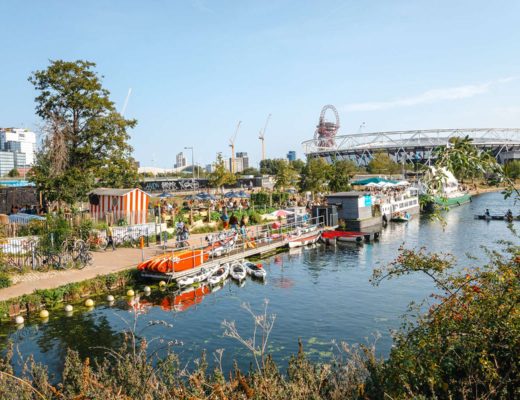