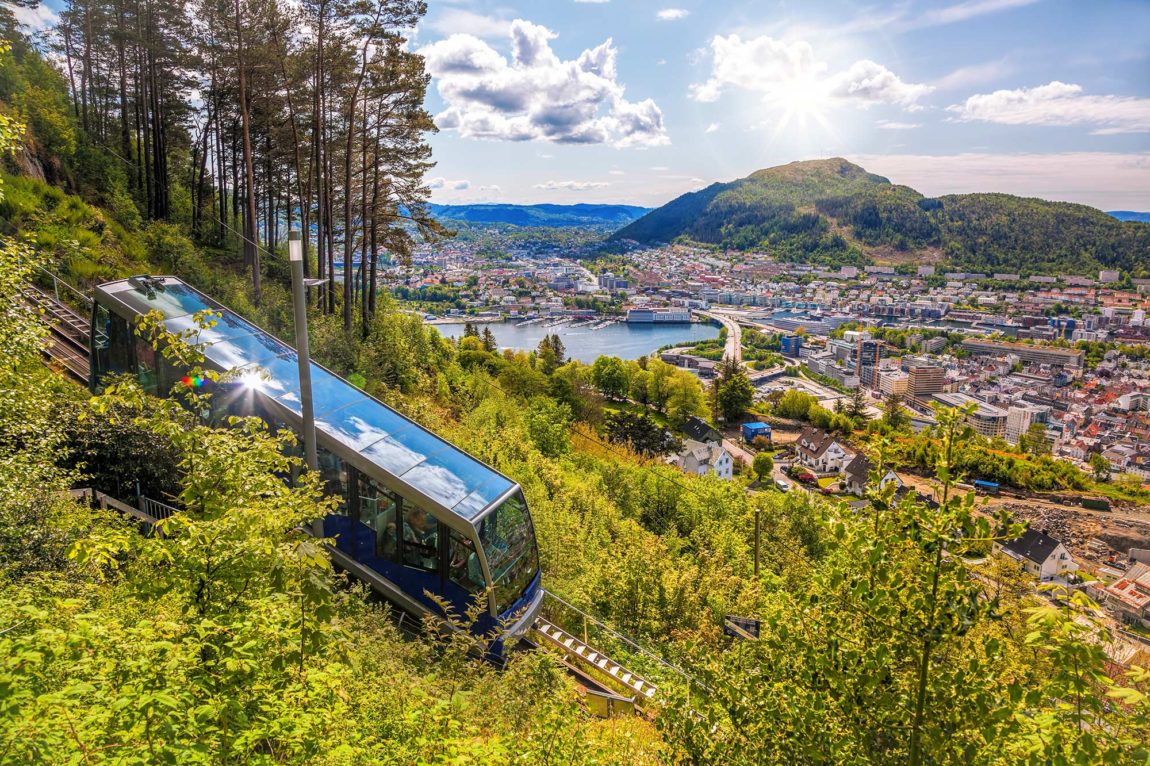 13 of the world’s most spectacular Funicular Railways

Putting the ‘fun’ into funiculars, there is no better way to explore a city’s views than getting a railway up a hill. From the very old to the brand spanking new, there is still a demand for funicular railways as a novel and environmentally friendly way to ‘get high’ quite quickly – yes, you can trudge up hills but sometimes it is easier to escape in a funicular.

If you aren’t sure what a funicular is, they are usually a form of railway carriage operated by a cable that goes up and down on mountains or hills. From the greatness of the Gelmer Funicular to the higher reaches of the Hong Kong Peak Tram, here is our guide to the world’s best funicular and tram journeys:

Note this is not to be confused with the cable car run by the same company (Scenic World) but you can do both with a combo pass.

Definitely not one for people with a fear of heights, this steep journey is a 106% incline (!) and is actually the steepest funicular in Europe with an open top (eek!).

Taking you up to Lake Gelmer at 1850m height, this is (depending on your viewpoint) either the most tranquil or terrifying experience on rails you’ll ever encounter. It also uncannily looks a rollercoaster from a theme park but we can assure you it doesn’t go upside down or do the loop de loop.

With 6 stations along the way, the Hong Kong Peak Tram is the perfect example of a tramway that is used and enjoyed by tourists and locals alike, both as an attraction and everyday form of daily transport.

Just under a mile in length, our lasting memories of the Hong Kong Peak Tram were the incredible views of Kowloon Harbour from the top and the hilltop walkway as you arrive (the tram also arrives into the midst of a shopping centre).

The queues to get both up and down can be huge (particularly at the top just after sunset) so plan your journey in advance. Read more about Hong Kong in our Hong Kong guide >

This ‘sweet as’ spot on New Zealand’s North Island not only boasts sublime views of the Kiwi capital city from up high, but did you also know there is a disco tram? Well, kind of. By that we mean there is a mini lightshow in one of the tunnels as you ascend / descend.

As we lived in New Zealand for a couple of years, we’ve visited Wellington several times and always make the journey up on the Wellington Cable Car. The track is just over half a km in length and has a more sedate incline of 18%.

We include the Bridgnorth Cliff Railway as I (Neil) grew up not so far away from Bridgnorth so used to visit regularly as a kid which makes us a little biased. Bridgnorth is a beautiful and geographically unique town whereby the River Severn splits the town into two, the High Town and the Low Town.

As you’d expect, the best way and most enjoyable way to get between from the river to the upper hilltop part of the town is via the Bridgnorth Cliff Railway, which opened in 1892 and is England’s “…oldest and steepest inland electric funicular…” – quite the mouthful!

A marvellous Malaysian mode of transport, we visited the Penang Hill Funicular Railway after exploring the incredible Kek Lok Si Temple nearby. Opening in the 1920s, the funicular here offers incredible panoramic views of Penang Bridge and Georgetown and has a 52% maximum incline.

As part of the journey, you’ll also go through a 260 metre tunnel, which some say is the steepest tunnel in the world. Another fun(icular) fact is that the temperate at the top of Penang Hill once you step off the railway is generally about 5 degrees lower than Georgetown which you look down on from the top – cool! Read more about Penang in our guide to Georgetown >

The oldest funicular on this list, the beautiful Budapest Castle Hill funicular is cheap as chips (less than £4 / 4 Euros) a trip, starting you off on the lower reaches of Adam Clark Square (just across from the banks of the Danube) up to Buda Castle below.

Opened in 1870, the Budapest Funicular isn’t the most lengthy or steep, but is a sedate step back in time and you can also view the funicular up close with a little viewing area in the neighbouring park half way up the line. Read more about Budapest in our guide to Budapest >

We visited Kiev for the first time in 2019 and adored our adventure there, which included a ride on the funicular up to Volodymyrska Hill. We’d read of huge queues to get on but on the Sunday morning we visited, we managed to get on the funicular straight away and got a window seat for our 3-minute journey up.

Opened just over a century ago in 1905, the journey is ridiculously cheap (8UAH one way – the equivalent of 25p GBP, 0.30 Euros, $0.32 USD!). We’d recommend you start at the lower Poshtova station, take the funicular uphill, then explore the park and Friendship Arch, before making the short walk into town (or head back down via Andriyivskyy Descent). Read more about Kiev in our guide to Kiev >

Not just one funicular but several! The best way to travel and navigate Lisbon’s lovely and long streets is to take one of the funicular railways, which are all included as part of the daily 6.40 Euro travel pass, allowing you full access to the trams (including the world famous Lisbon 28 tram).

The Elevador da Bica only lasts a minute or two but the views are stunning and it is a fun ride as you inch past bar patrons, having drinks in pubs inches away from the funicular line

The Gloria Funicular (from 1885) was also near to our hotel and is similar, running up and down a steep hill in Santo Antonio – alas, it doesn’t seem to be stored indoors at night so it is covered in lots of graffiti and tags.

Over 100 years old, Nor-way is there such a beautiful funicular in Bergen (sorry, not sorry)! Taking you from the city centre high up into the alpine mountain air of Floyen mountain (320 metres above sea level), you stop at 3 stations along the way and your reward at the top is stunning panoramic views (or a drink in the cafe if your needs are more tangible).

Although the Fløibanen Funicular railway began life in 1918, today’s carriages are much more modern, air conditioned affairs, with big glass windows so that all 80 occupants can enjoy the vistas.

Akin to a piece of modern art, whilst the Ljubljana funicular railway route is quite traditional running from the old town to the castle, the carriage itself is actually something quite special, almost as though you are riding in a glass box with no boundaries or barriers. Opened in 2006, the different design proved controversial at first but has since become award winning and isn’t your conventional cable-car. The views from the castle at the top are nothing short of stunning and on a clear day, you can also make out the snow capped Julian Alps.

Lugano’s funicular railway was originally created in 1886 but was recently revamped to make it more accessible for all. Still incredibly popular with locals and tourists alike, the Lugano funicular often has over 2 million passengers every year and passes through two tunnels, with a track length of just 206 metres.

So Zagreb Funicular may well be the shortest funicular ride in the world (it isn’t always about the length eh) but the streetside setting is certainly pretty and a historic highlight of Zagreb, opening in 1890 and recently described as one of Europe’s most beautiful funiculars (we didn’t realise it was a contest).

Finally, an honourable mention to the Hastings Funiculars which we write about in our Hastings guide. Whilst not as spectacular as the funiculars mentioned above, there are two next to each other so double the fun(incular).

Did you enjoy our Funicular Railways blog post? Let us know in the comments or by sharing it on social media. 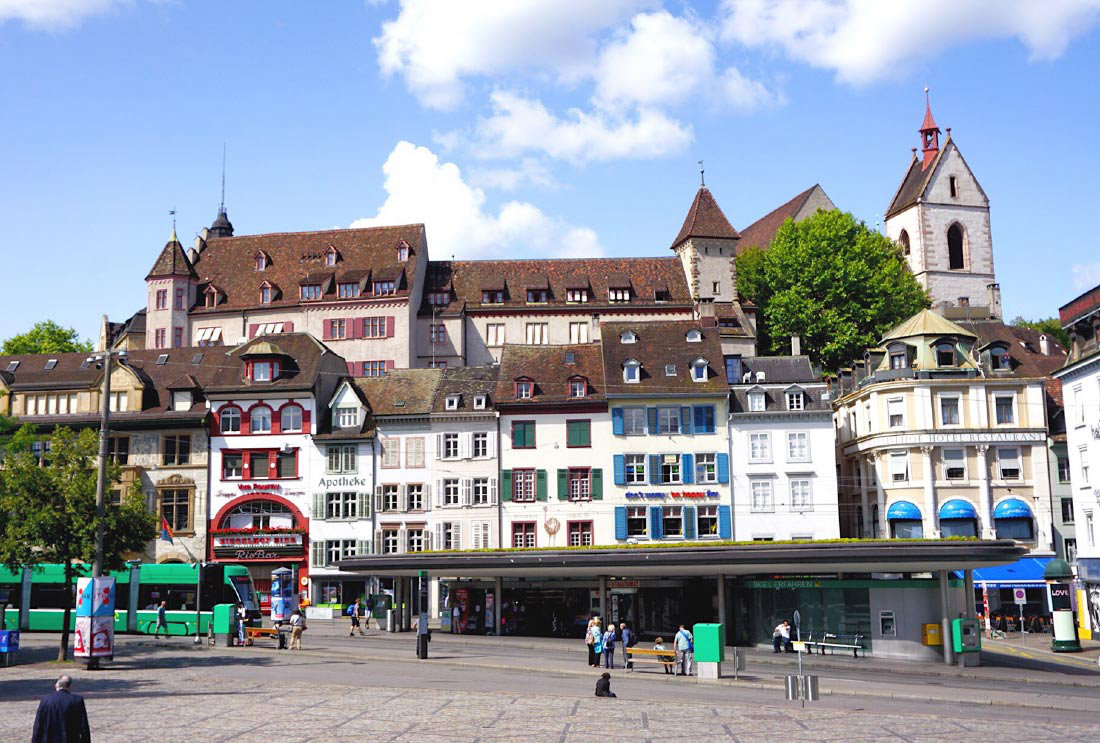 Weekend in Basel, Switzerland on a budget

August 22, 2017
Previous Post Taipei to Kaohsiung - the perfect 9 day Taiwan itinerary
Next Post Waltham Abbey - things to do in this charming market town