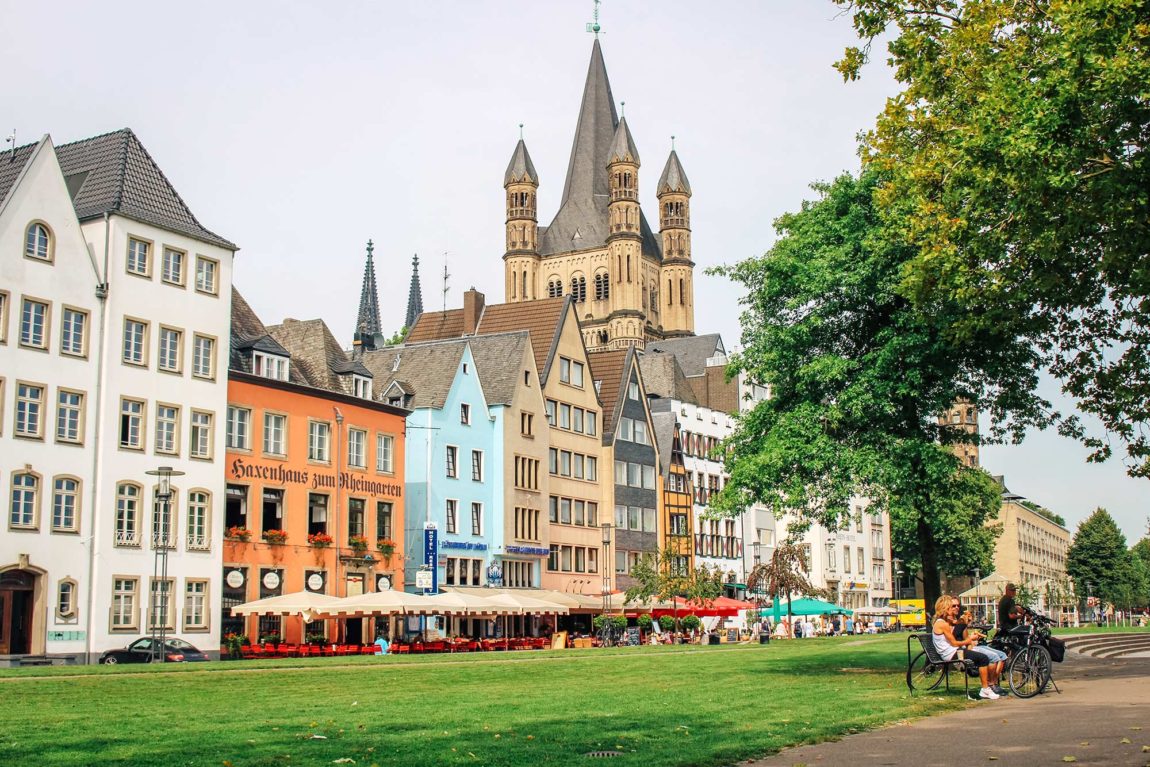 Things to do in Cologne / Köln, Germany

Despite what you may think after looking at Cologne’s gift shop magnets and postcards, there is definitely much more to the city than just a cathedral. Germany’s fourth biggest city, Cologne (or Köln as the locals refer to it) is a radiant riverside city offering an eclectic mix of bars, restaurants and shops with a charming (not so) old town, which was restored after being heavily bombed during the Second World War.

Cologne is also a beer (and chocolate) lover’s paradise, with its very own local speciality (a cheeky Kölsch) and dedicated chocolate museum. So bring your ‘love locks’ (read on) and discover why Cologne should be your next European trip:

Things to do in Cologne

Cologne’s most iconic structure with its looming twin spires is impossible to miss when you first arrive in the city as it is smack bang right next to the main train station.

Work began on the cathedral in 1248 although it has changed and been added to over the years (the twin spires weren’t completed until 1880). A UNESCO World Heritage site and the second tallest building in Cologne (after the telecommunications tower), Cologne Cathedral is a must visit. Be prepared to queue, especially if you want to climb to the top of the South Tower as there is no lift, so the 533 steps up and down can get very busy, especially when having to awkwardly pass ‘slower’ visitors. If you want to ascend the south tower, we’d recommend going at opening time (10am), to beat the crowds (especially the cruise ship hordes).

As Cologne is based on the River Rhine, good views of the city are not hard to find. The best rooftop views in Cologne are either the aforementioned Cologne Cathedral or Köln Triangle Observation Deck. We’d recommend the view here as your vista will include the cathedral itself and getting up and down is a heck of a lot easier due to modern lifts (no thin spiral staircases here!)

Opened in 2006 and over 100 metres / 29 stories high, the Köln Triangle is just a short walk over the river from the old town, at the end of Hohenzollern Bridge with stunning panoramic views of Cologne – it is also cheap as chips (or should that be currywurst), costing only 3 Euros to go to the top – if only all observation decks were this inexpensive.

As regular readers of CK Travels will know (Hi Mum!), we’re big fans of beer and were very excited to discover that Cologne is renowned for its Kölsch beer, a light ale brewed especially in this city (it has a protected status meaning it can’t be brewed anywhere else). Generally served in 0.2l glasses in all the Cologne breweries and bars (‘brauhaus’), we tried many different Kölsch (all in the name of research of course). We tried to visit as many of the traditional Cologne breweries / brauhaus as possible and our favourites included:

Früh am Dom – located in the old town and the brewery we spent most time in, this one is famous for its pork knuckle, cavernous, timber interiors and was visited by Anthony Bourdain.

Gaffel am Dom – near the main station and very popular with the locals.

We also like that the waiters will continue to bring you new beers once your current one is almost empty unless you put a coaster / table mat on top of your glass. As each new Kölsch is brought to you, they make a mark on your beermat so they can so can keep track of your total – those lines surely do add up pretty quick and it is also a useful way of keeping track of how many Kölsch you’ve had already (likely not enough…when in Cologne…).

There are lots of pleasant pit stops along the Rhine, with many bars and restaurants near the Fischmarkt having outdoor dining areas that overlook the river. For us, the best stretch to walk along is from the Hohenzollern Bridge, along the pedestrianised section right next to the river, all the way to the Cologne Chocolate Museum (about a 20 minute walk). It is also along this section that you can jump aboard one of Cologne’s many river cruises, which usually do one hour return trips along the river.

Although primarily used by trains to cross the Rhine and reach the main CBD station, the Hohenzollern Bridge should perhaps be retitled the ‘love lock bridge’, as this is now its main claim to fame, with lovers attaching their own padlocks with inscriptions to the sides of the bridge. Apart from Namsan Park in Seoul (which has to be seen to be be believed), this is the most amount of lovelocks we’ve seen on a bridge – Verona doesn’t even compete. There are several vendors nearby selling locks, including a very popular one near the Fischmarkt.

Celebrating its 100th anniversary in 2021 (if it doesn’t fall over from the excess weight of all the padlocks), this is a fun walk across the river but do be aware that cyclists can  use the bridge, and often dash across at quite some speed.

During World War II, almost three quarters of Cologne was destroyed so much of the old town isn’t actually that historic, but was in fact painstakingly rebuilt. It is a joy to walk around – the cobbled streets lead you around various alleyways and lanes, many of which contain cosy bars or restaurants.

For us, the best area to relax in (and view for taking pictures) Cologne’s Old Town is around the fish market / fischmarkt square, with the Gross St Martin /  Groß St. Martin in the background (a 12th century church) set behind the fountain and colourful houses in the square.

We visited during the summer in August so we were lucky enough to a chance upon a busy food and drink festival in the Heumarkt – we grabbed an outside table at the Hänneschen und die Pfeffermühle bar and our attentive waiter constantly brought us Kölschas watched the world go by in the Heumarkt square – cheers!

If you are a chocolate connoisseur or just a casual cocoa scoffer, Cologne’s Chocolate Museum might be for you. Situated on the banks of the Rhine,  this one stop chocolate shop is ‘choc’ full of sweet treats, from a real life chocolate fountain (very Willy Wonka!) through to displaying how the craftsmanship of confectionary has changed over the years. Admission is 12.50 Euros if you book in advance online (as at June 2020) or you could just visit the mouthwatering chocolate gift shop, which is free admission.

Be warned the Cologne Chocolate Museum  is very popular with tour groups (especially river cruise ships) so it can get a bit rather busy – the entrance hall is a sea of tour guides waving their flags crazily.

Pleased to ‘meat’ you! Whilst visiting Germany, it is the law that you eat a German sausage (probably), so we were very pleased to discover that Cologne is famous for its Bratwurst stalls (many of which also serve currywurst, which is chopped up bratwurst served with spiced ketchup and curry powder).

Cologne has many cheap eats, but the bratwurst stalls are plentiful and the food is always good – a perfect post Kolsch reward. The most wonderful wurst in Cologne that we had was at Curry B and Weltmeister – we also tried several of the stalls around the main train station. Veggie versions are few and far between in Cologne but Bunte Burger is said to do a good veggie and vegan wurst.

What are your best (or ‘wurst’) experiences of Cologne – let us know in the comments below.

Did you enjoy our things to do in Cologne blog post? Let us know in the comments or by sharing it on social media. 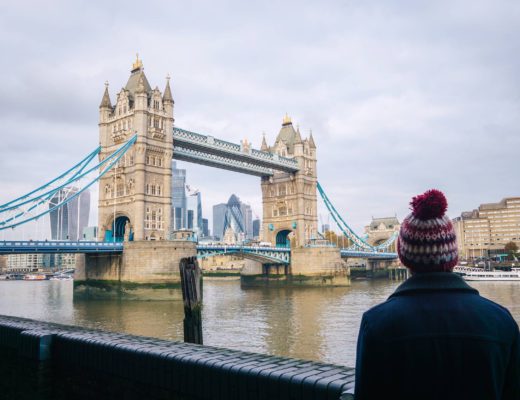 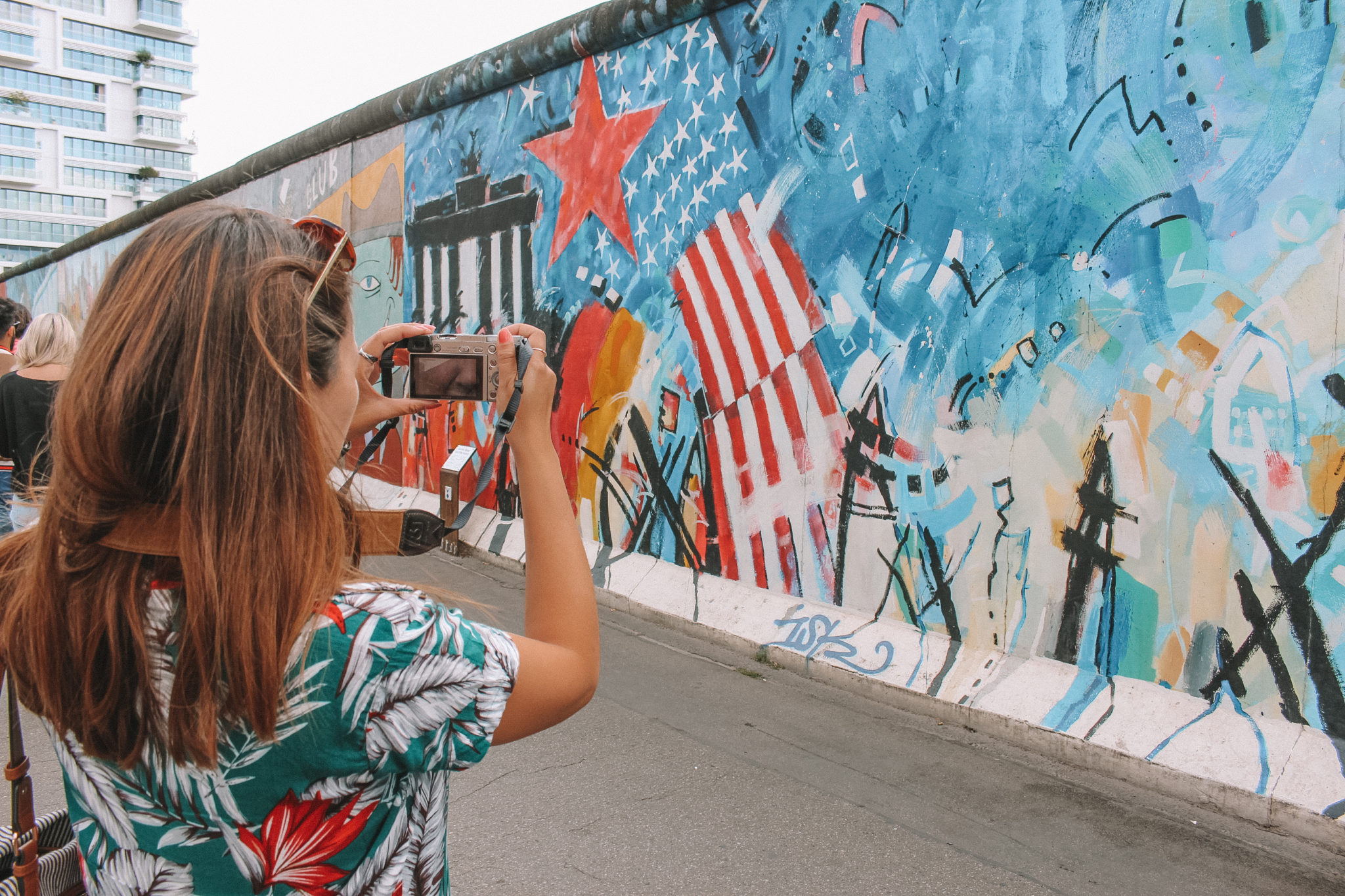 Awesome things to do in Berlin, Germany

October 2, 2018
Previous Post The 10 best markets in London to visit
Next Post Things to do in Tunbridge Wells - a local's guide 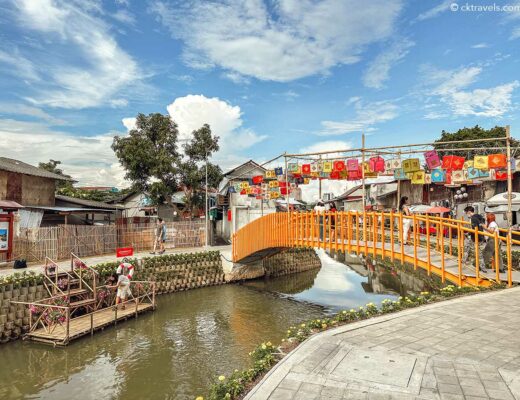