The Chinese New Year brings good fortune for many – including us as our latest visit to Dihua Street in Taipei, Taiwan coincided with all the Lunar New Year festivities, meaning we got to experience the best of what happens in Taipei during Chinese New Year.

As well as the temples being awash with red lanterns and the constant smoke and bangs of fire-crackers being set off, one of our most interesting discoveries was Dihua Street (迪化街- in southern Taipei). During Chinese New Year, this is very much THE place for local people to do all their pre Lunar New Year shopping.

During our first visit to Dihua Street in Taipei, it is fair to say we were a little overwhelmed and taken aback by the sheer number of people crammed tightly into every nook and cranny. Thankfully, the road is closed to traffic (except a few errant mopeds) so once you squeeze in past the busy main entrances, you quickly get used to the hustle and bustle and start to enjoy it.

The road is adorned with lanterns overhead and both sides of the street have hundreds of pop-up stalls, running in parallel to the permanent shops. This long retail stretch of road is part of the historic and well preserved Dadaocheng area of Taipei, which has been a hub of trading since the times of the Qing Dynasty. Although particularly special to explore during Chinese New Year, it can also be visited throughout the year, with the shops lining the street specialising in selling Chinese medicinal herbs and tea, traditional wares plus linen and cloth.

Dihua Street is the busiest of all of Taiwan’s Lunar New Year markets, with an estimated one million local people visiting the street over the two weeks leading up to Chinese New Year.

There have even been stories in local newspapers in recent years about the exorbitant fees the traders are having to pay to open their temporary stalls (up to £8,000 rent for two weeks) but it doesn’t appear to have deterred them – in fact, the Dihua Street Chinese New Year markets get bigger and bigger every year, causing the markets to now even branch out into the side-streets.

We first visited Dihua Street on a busy Saturday night, after sampling Taiwan’s culinary delights on a daytime Taipei Eats food tour. Even though we were so full after sampling all that food, we decided to dive in again and eat some local dishes from the amassed food stalls, including the infamous stinky tofu, plus grabbing some sweets from the incredibly busy confectionery stalls (a bit like ‘pick and mix’ sweet stores in the UK).

Dihua Street is busiest during Lunar New Year, but if you can’t stand massive crowds, you can also visit during the day when it is a little quieter (although most of the stalls open at night). We returned the following morning to take some more photos and found it a lot easier to get around, and actually see what the stalls were selling. As the neighbourhood dates back to around 1850, you will also find lots of old temples in and around the area including the local Xiahai City God Temple, as well as some of Taipei’s most renowned temples, including the Confucius Temple and Bao-An Temple.

If you are visiting Taipei during the Chinese New Year celebrations, then make sure to add Dihua Street to your Taiwan itinerary. As western tourists, we were fascinated by what we encountered here and would strongly recommend a visit to Dihua Street, even if your visit doesn’t coincide with Lunar New Year.

Given how busy it gets though, if you are visiting during the evening or a peak period, definitely pack light (i.e. take a small bag but with enough space for all the ‘goodies’ you’ll likely buy) as it will be heaving with thousands of people. Also allow plenty of time as it will take up to two hours to get from one end of Dihua Street to the other. Above all, enjoy and embrace the festivities – it truly is a wondrous place to enjoy the Chinese New Year celebrations.

Here are some highly rated accommodation suggestions for all types of budget in Taipei!

Alternatively if you are looking for something more special then treat yourself to a stay at one of these beautiful hotels in Taipei:

Did you enjoy our Dihua Street in Taipei blog post? Let us know in the comments or by sharing it on social media.

12 things to do in Bangkok at night – travel guide 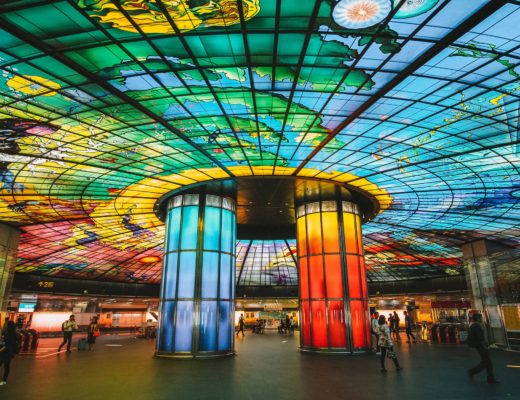 The Dome of Light in Kaohsiung, Taiwan 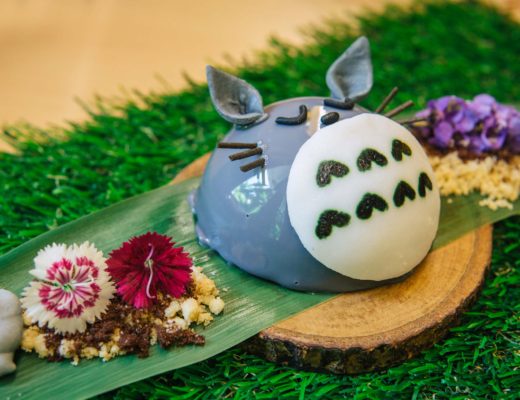 A visit to the Totoro Cafe in Bangkok, Thailand