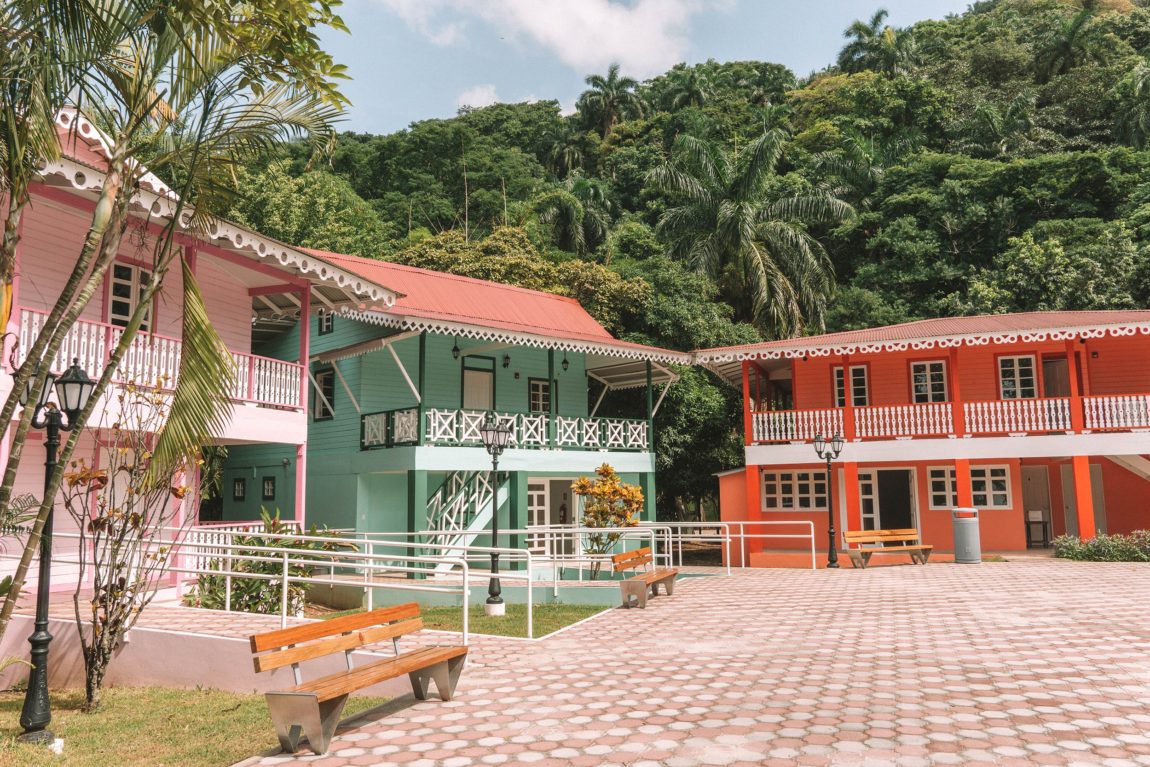 We joined the joggers and cyclists early one morning to walk up Ancon Hill (‘Cerro Ancon’) in Panama City, one of the city’s most popular hikes and viewpoints. The hill dominates the surrounding skyline and is easy to spot (especially from the Bridge of Americas / Puente de las Américas) due to the massive Panama flag that flies from the top.

Ancon Hill offers vistas of Panama from the top (including a panoramic view of the famous Panama Canal). It used to be an American Government military base before reverting back to Panama’s control in the late 1970’s – legend also states that this was where Captain James Morgan also planned his destruction of Panama’s old city in 1671, due to the unobscured views of the landscape.

We were staying with friends in Panama so were easily able to drive up to the current starting point of the Ancon Hill hike. Previously, you could drive all the way to the top but now (possibly due to a previous landslide), it is only accessible by walking or cycling – there is a manned security gate a little way up the track, only allowing Government vehicles to the top.

This also means it is a fairly easy and safe road to hike up, as you’ll only have joggers, cyclists and other walkers for company – no dodging of traffic. The incline is steep but gradual and the walk should only take you around half an hour to the summit.

Due to the relatively remote location of the start of the trail, you will likely need some form of transportation to get here – public transport isn’t a viable option. Given the relatively low cost of Ubers (and reliability compared to the standard yellow taxi cabs in Panama), we would recommend getting an Uber to the start point.

To start your walk, drive to the Panama Canal administration building thats sits grandly atop a hill and follow the signs up a windy road immediately to the left of the regal building. Keep following the Ancon Hill signs, until you reach a security gate for a residential estate – we then parked in a layby just outside the security gate – this seems to be where everyone parks including the large tour bus groups later in the day.

Due to the intense heat and humidity experienced during Panama’s daytime, we opted to an early start, and were at the base of Ancon Hill by 8am (the opening time is 5.30am). The initial walk takes you through a housing estate – we didn’t see much wildlife here apart from a couple of guard cats and dogs (including a chihuahua) and a cursory vulture.

Once we walked past the second manned security gate, our short hike began – as we walked up slowly, several cyclists whizzed past us, completing laps up and down the mountain. We didn’t spot too many other walkers (maybe because it was early) or any wildlife – so no sloths or monkeys but we did see several hawks and some really pretty small birds with very colourful plumages.

You are also treated to tantalising glimpses of Casco Viejo old town and Panama’s Cinta Costera strip to your left, as you walk up Ancon Hill, before it becomes obscured by the rainforest – it truly feels like this is where the rainforest meets the city.

Once at the top, your first sight is of the former and current military buildings and fenced off areas – although a tad anti-climatic at first, walk on a little further and you’ll be treated to stunning views of the city. We were at the peak by approx 8.30am in the morning so the light was a little hazy on the city view side, but perfect whilst looking over to the Bridge of the Americas and the Panama Canal.

The summit also has several sheltered view points (with benches) – make sure you walk around the entire summit loop as the views are very different at each of the shelters. Our visit coincided with several huge tanker ships going under the Bridge of the Americas, plus we were fascinated by the small aircraft that were landing at the airport strip next to the Panama Canal, descending at such a fast rate and literally landing just a few feet above the highway.

Our descent down was pretty easy although by 9.30am, we noticed a lot more people walking up, including what looked to be several large tour / bus groups. We were hot and sweaty after our walk so we were very happy when we spotted a cafe on the walk back that had opened up since our early morning departure.

We initially just got a couple of passion-fruit juices from Tropical Boho Nest’s hole in the wall servery ($5 a pop) – however, we then realised there was a cafe / seating area inside too so we gamely explored inside with our drinks.

The interiors are wonderful, a kind of mash-up between a hipster hangout with tropical vibes – there are several interesting art pieces – we’d highly recommend visiting the outdoor garden at the back or spending some time on one of their balconies. They also have one of the cutest cats there, who just so happened to be asleep right next to the ‘welcome’ sign that was in many different languages.

Although we didn’t stop for food this time, it felt very friendly and welcoming and we definitely intend to return again to do another Ancon Hill hike and then take some bites at Tropical Boho Nest.

Our next stop was Es Pueblito, an outdoor village featuring replicas of indigenous Panamanian and colonial buildings, with several working exhibits you could visit.

It was incredibly pretty here and it felt like walking onto a movie set (we were the only visitors there when we first arrived). The recreated town square was immaculately kept and you could imagine a historical drama being filmed here. We visited all of the buildings, including the church and traditional lodgings (including a working kitchen – we think the staff were cooking their corn on the cobs / maize there – it smelt delicioso!).

Entry to Es Pueblito is only $3 (approx £2.40) so it is pretty inexpensive  – the site was smaller than we expected so you can do the whole attraction in approx 30 minutes.

Further down the road, there was an additional section of Es Pueblito to visit although at the time of our excursion (June 2019), it looked to be closed to the public for refurbishment – however, the builders gamely waved us over as we peered in from the scaffolded entrance, so we were allowed to explore this too, and had the whole place to ourselves – nice!

We’d highly recommend hiking Ancon Hill with a possible side-trip to Es Pueblito but due to the intense heat and strength of the sun at the top, start your hike early (or late) and take lots of water. If you plan to go out later, also take a change of clothes. Definitely one of the most accessible and easy hikes we’ve done, this should suit all abilities and ages.

Did you enjoy our Ancon Hill blog post? Let us know in the comments or by sharing it on social media. 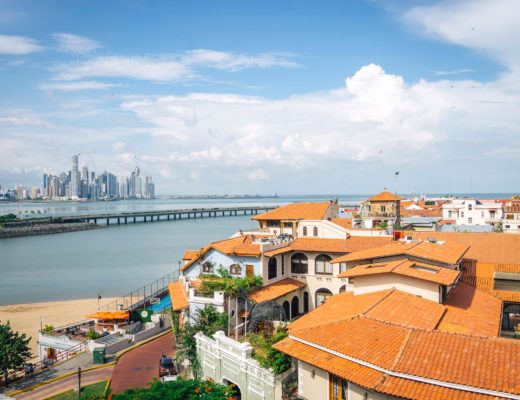 Casco Viejo in Panama City – top things to do 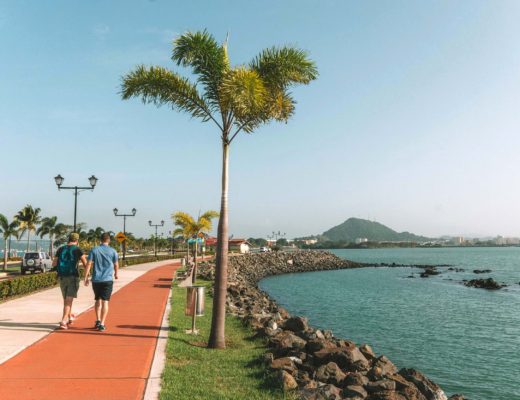 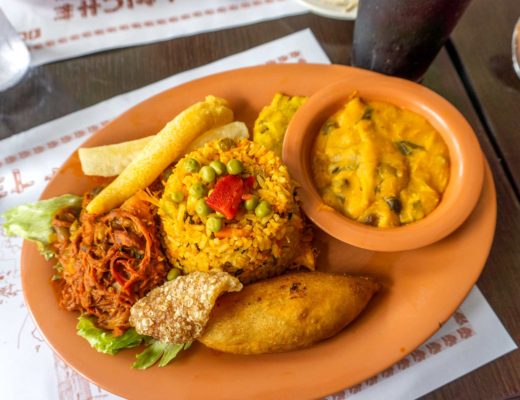