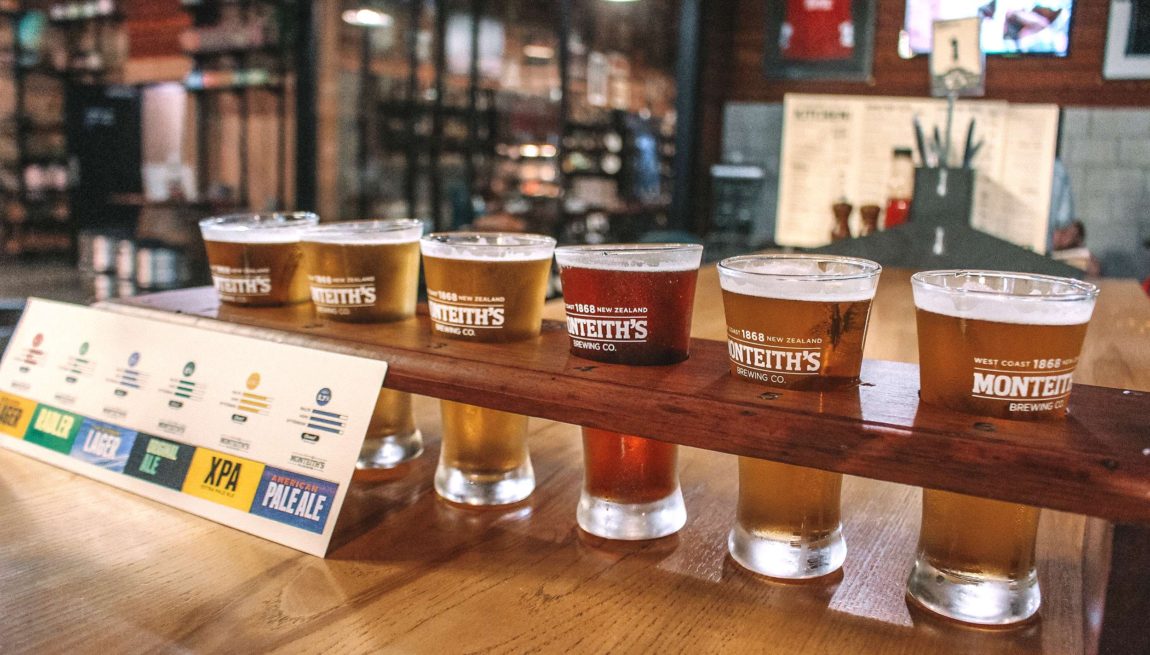 During our recent road-trip around New Zealand’s South Island, one of the food and drink experiences I was most looking forward to was a visit to the Monteith’s Bar and Brewery on the West Coast.

I had fond memories of Monteith’s from a previous visit over a decade ago. I’d visited Greymouth when I lived in New Zealand back in 2007 and had rocked up to the brewery only to find that no-one else had booked onto the tour. Expecting it to be cancelled, I was thrilled that the guide offered to take me around by myself on my own ‘private’ tour.

Fast forward over 10 years later and things have changed greatly. Monteith’s Brewery is now based on a newer site with many more facilities including a welcoming bar and restaurant. I was now part of a much busier tour, with beer fans from all over the world including Australians, Kiwis, Israel and fellow Brits.

Our guide for the one hour tour was Brodie, who had bags of enthusiasm, a fine line in beer-related banter and a quip for every nationality. The walk around the brewery kicks off with a health and safety briefing, plus the donning of some sartorially challenged high-vis vests. We were doing the tour on a week night so no-one was actually working in the brewery, meaning we got the whole place to ourselves.

The group learned about the brewing process from start to finish, as well as an overview of Monteith’s history e.g. the decision to stop brewing on this site a few years ago was swiftly reversed after a national outpouring of rage! We also learned about some of the quirks of the factory, like how the bottling equipment that is rather ancient and built out of spare parts is more generally more reliable than all the newer, shinier robotic equipment.

At the end of the tour you get to test your own bar-skills and pour your own beer as the rest of the tour group looks on (no pressure then!). It wasn’t as easy as Brodie made it look but we did OK. Beer also seems to taste much better when you poured it yourself (FACT!).

After the tour ends, you make your way back to the brewery bar. We used our free three (try saying that after a few drinks) beer vouchers, which are included as part of the $25 tour admission fee. Our recommendations would be any of their hoppy AF IPA or APAs, plus their legendary Monteith’s Black (one of my favourite beers of all time ).

If you are feeling peckish after the tour (pouring beers can be sooooo tiring), the restaurant has an extensive menu and recommends which type of beers to partake with which dish.

As New Zealand is so renowned for it’s meat, we opted for the ‘surf and turf’ (the best steak I had during my entire stay in NZ – period) with a side of beer battered fries (you have to try these if you visit!). Caroline ordered the venison (juicy as) with a beetroot, walnut and feta salad. Both dishes were utterly delicious and some of the best gourmet fare we’d encountered in the south island.

To round off our trip, we were able to take home two personalised bottles of Monteith’s, whereby a 500ml bottle of 7% beer is branded with a label featuring your own choice of phrase or name, up to a maximum of 20 characters (so if you are reading this, Arnold Schwarzenegger , sorry but you are out of luck).

Overall, our tour of Monteith’s brewery was both informative but ultimately fun, due to the tasting and attempts at pouring our own beer. As it is fair to say that the choice of nightlife in Greymouth for the average tourist is rather limited, we highly recommend trying the brewery tour and a pint (or four) in the bar afterwards.

Plus – if you are staying in New Zealand a little longer, did we mention you also receive two free pint vouchers to use in other Monteith’s Bars around the South Island including Queenstown and Hanmer Springs? You’re welcome (and cheers!)…

Disclosure: We were invited to Monteith’s Brewery, but as always, opinions are all our own.

Did you enjoy our Monteith’s Brewery blog post? Let us know in the comments or by sharing the blog on social media. 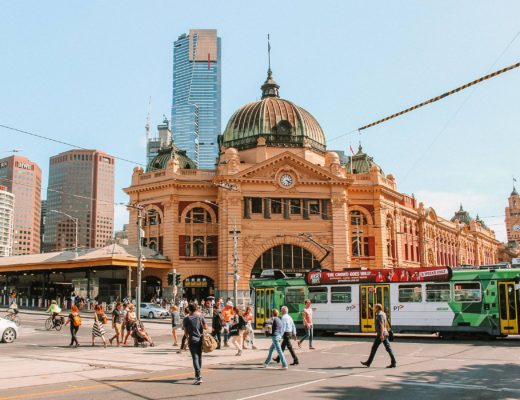 Backpacking in Melbourne – free and cheap things to do 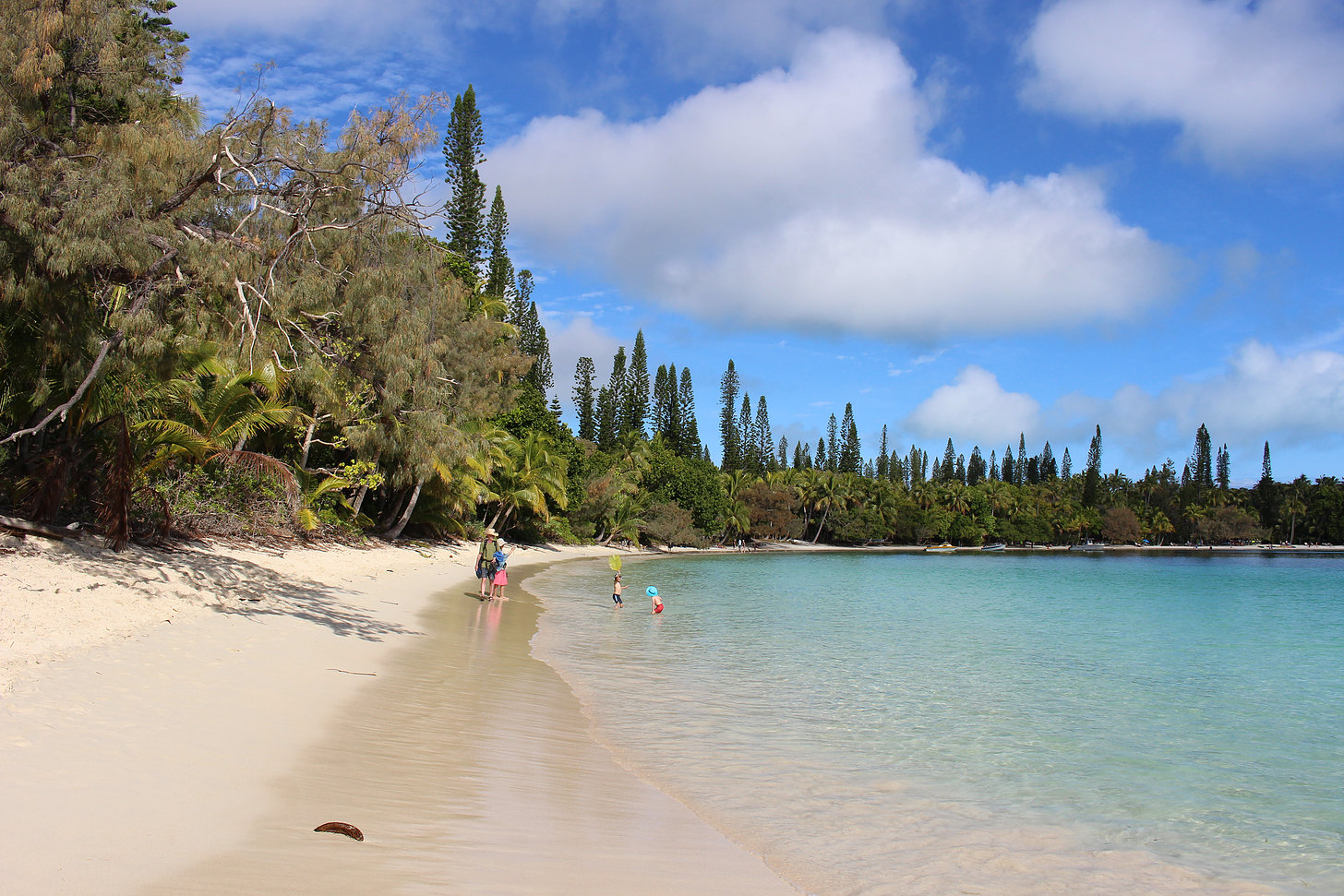 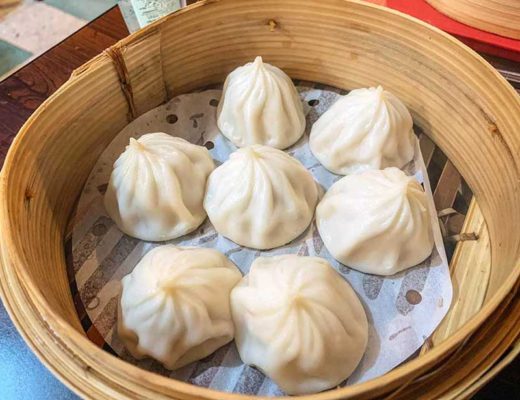